We offer 5% discount for cash, Revolut, Remitly and Aircash payments!
Shipping from Croatia across EU (no customs fees). 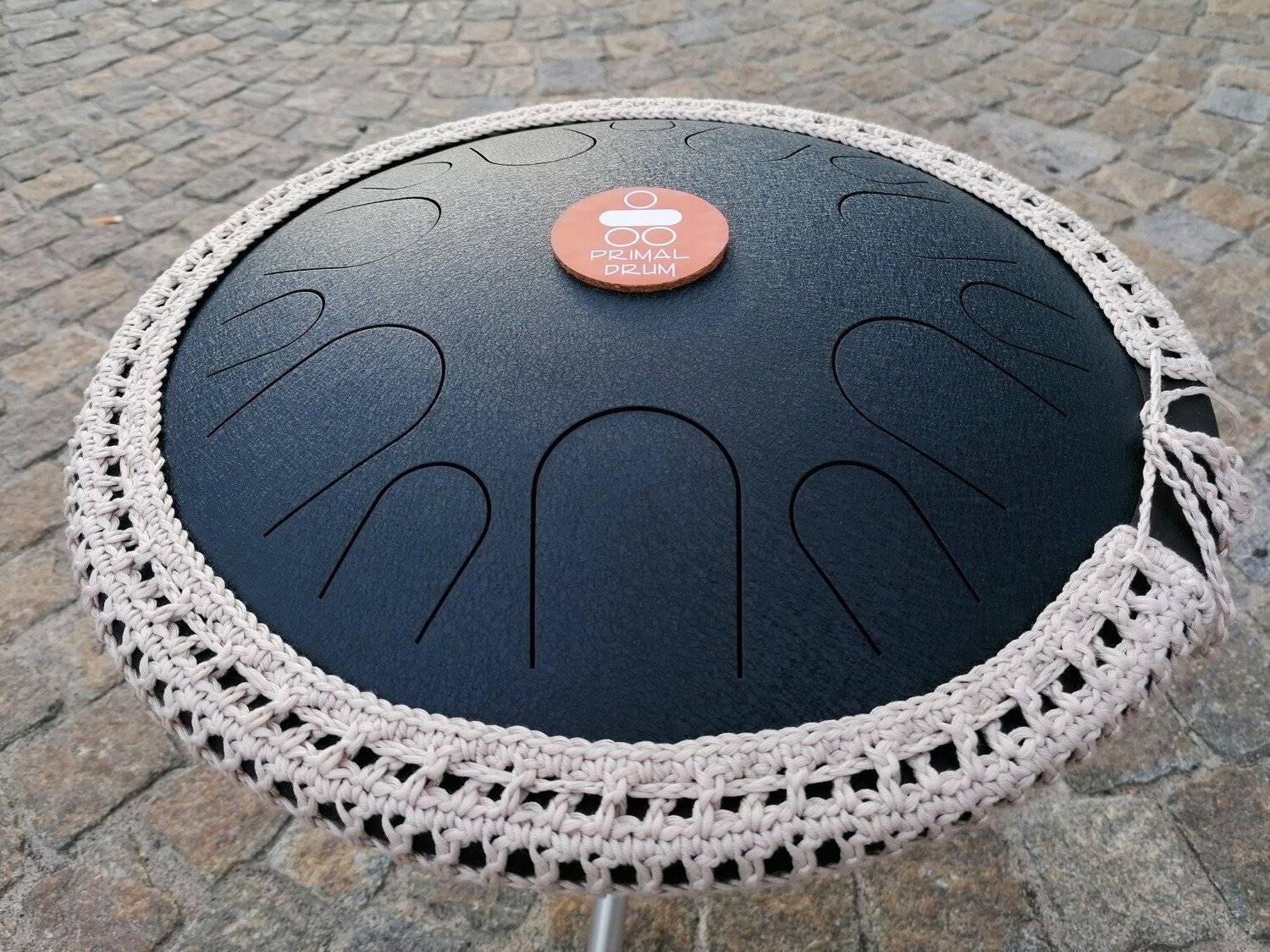 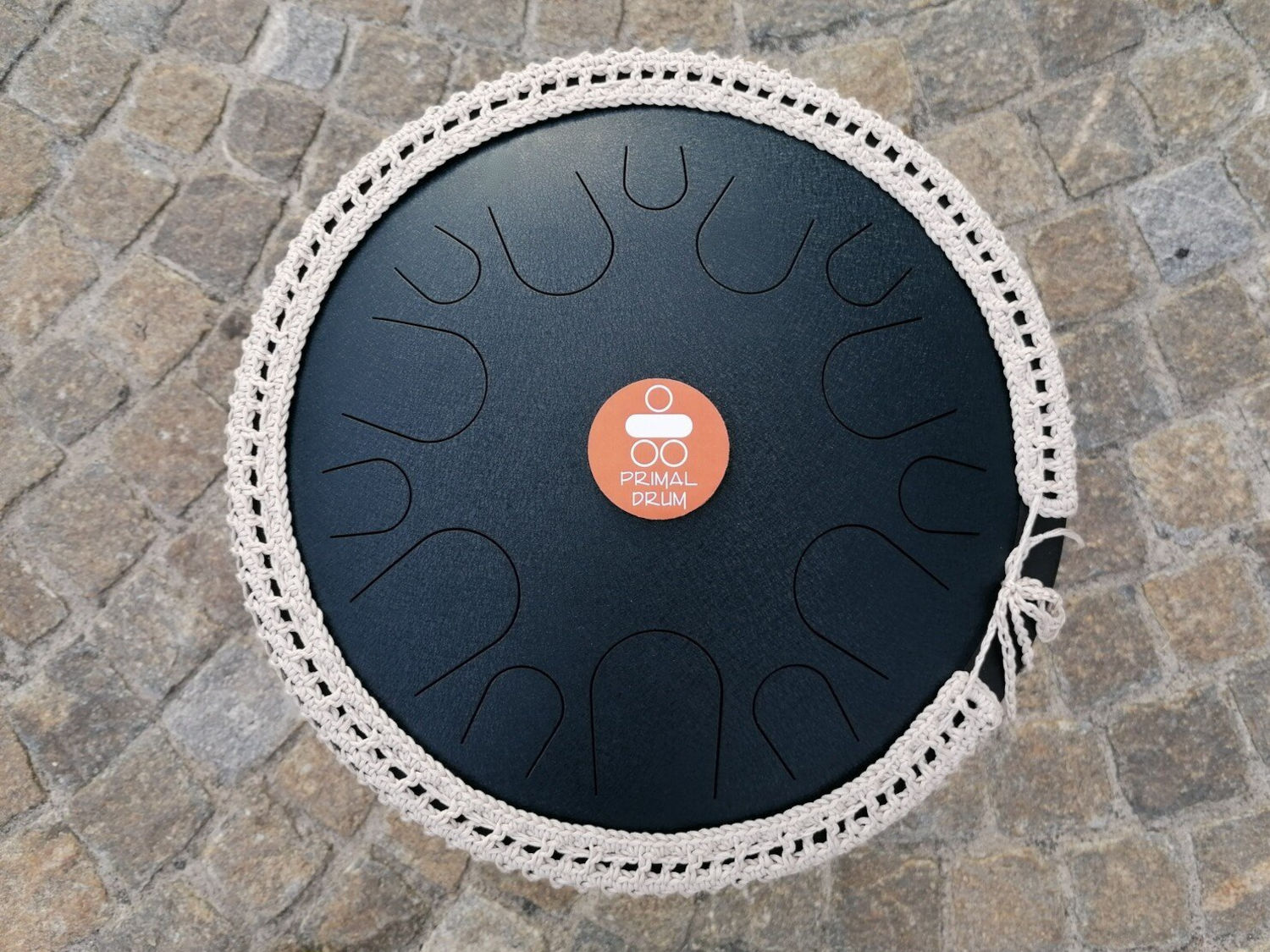 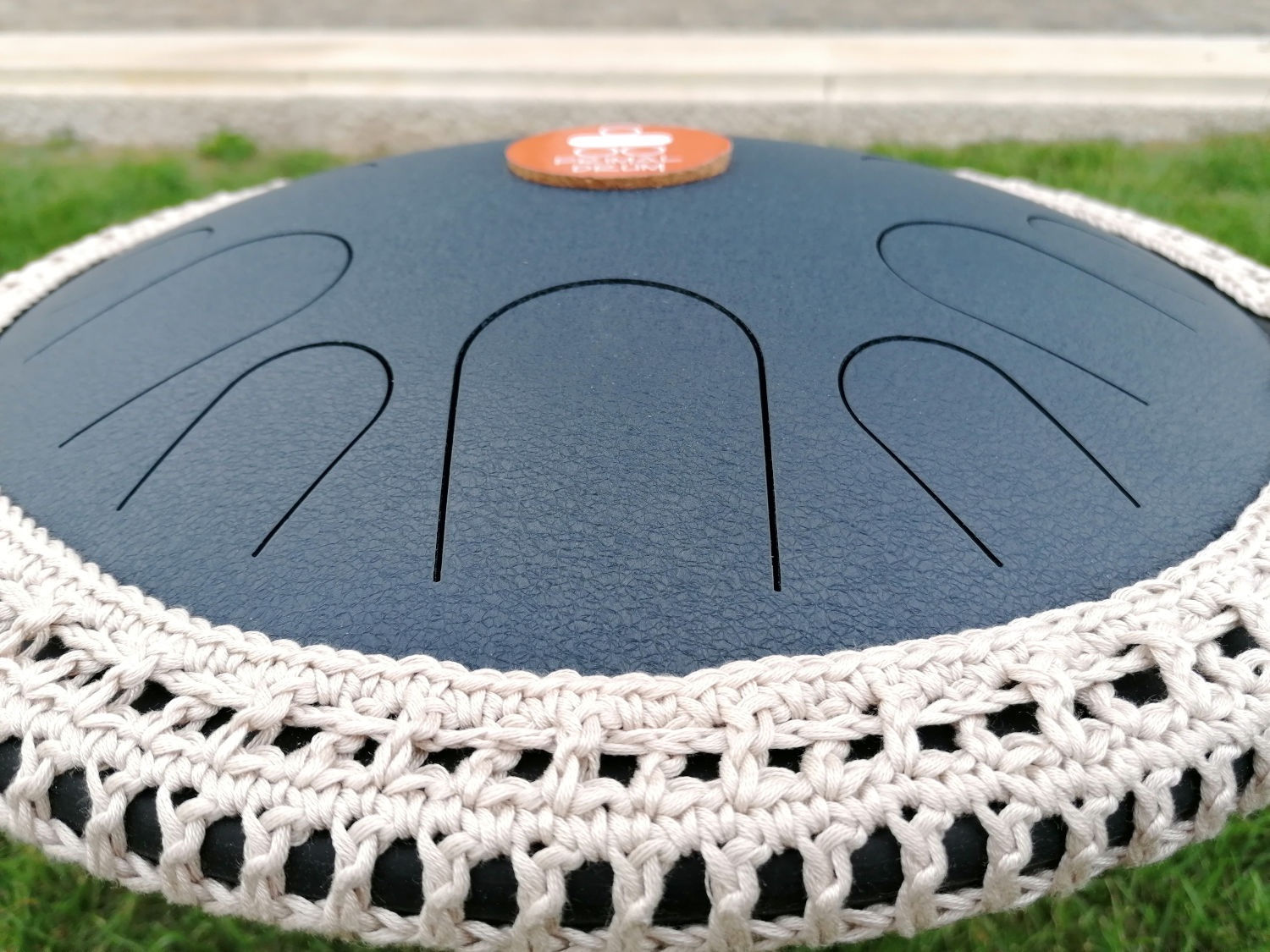 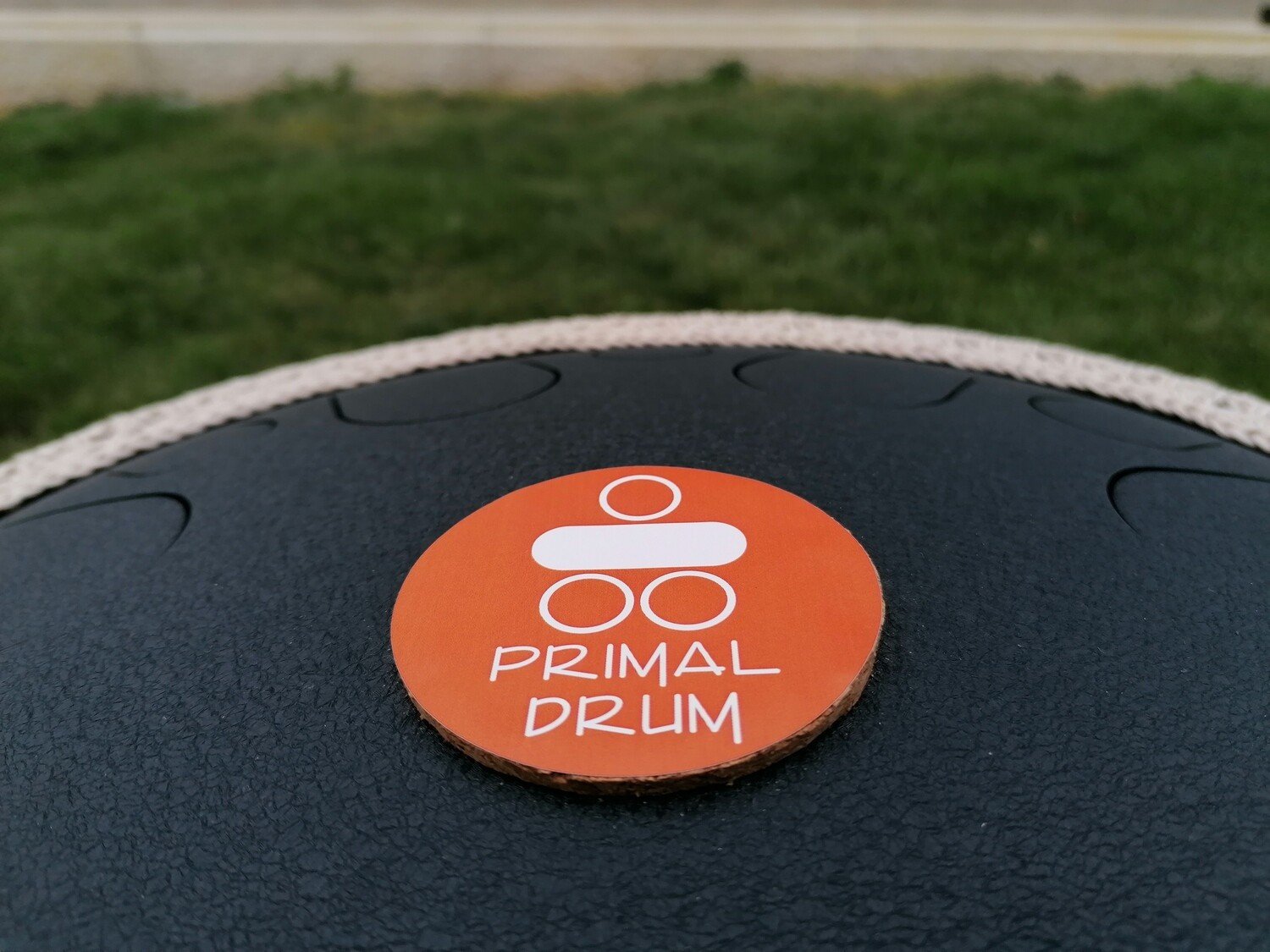 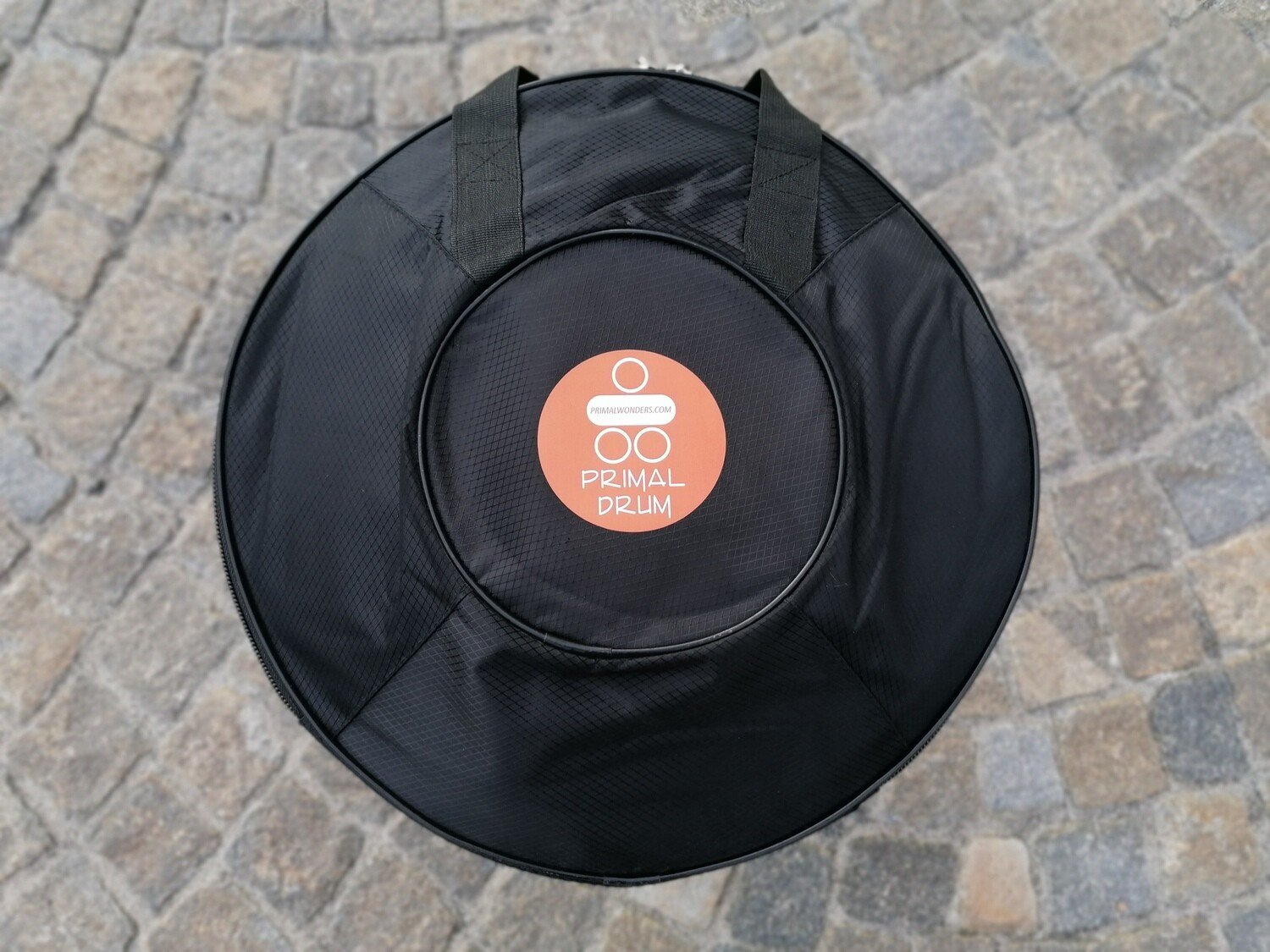 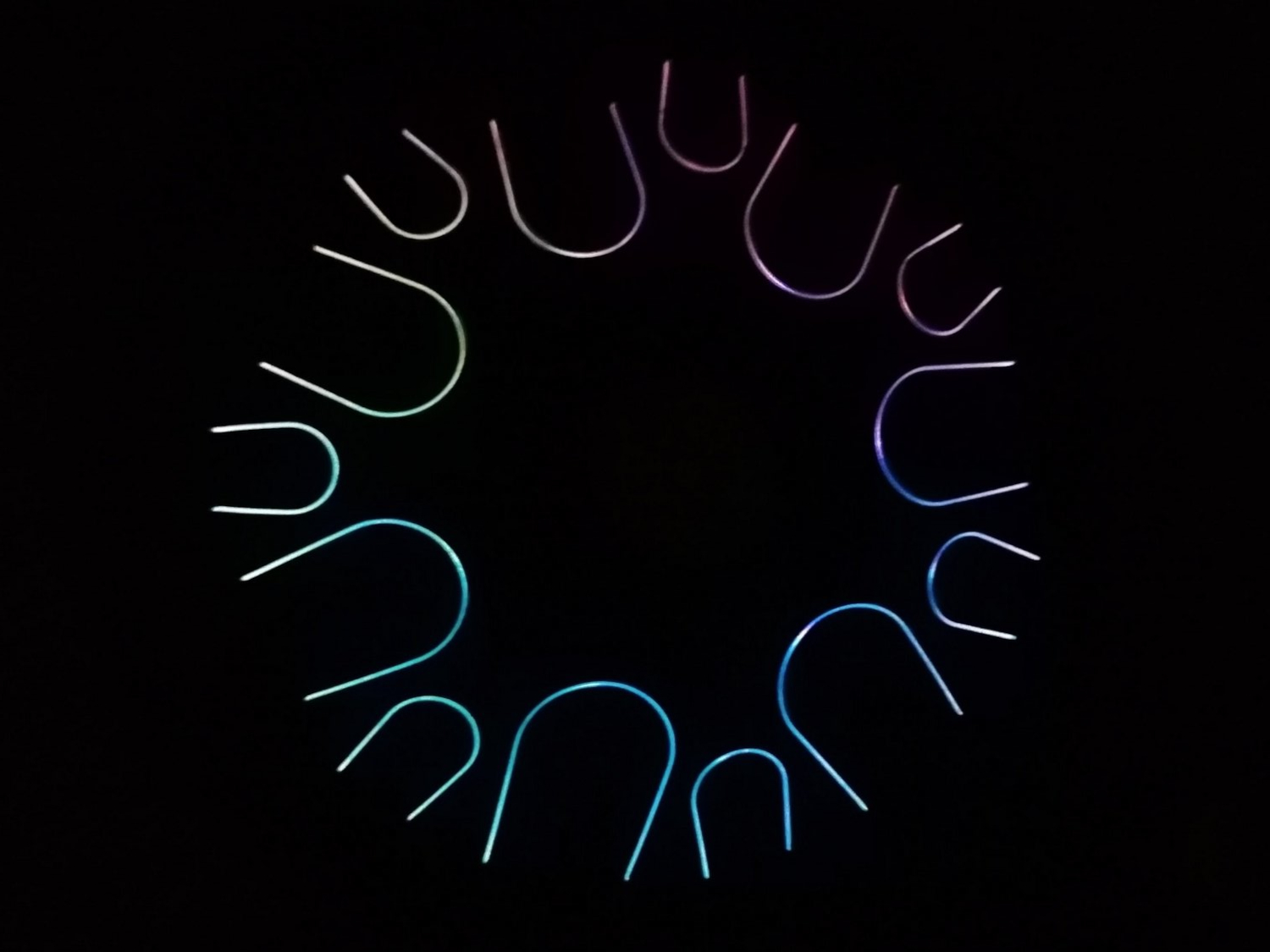 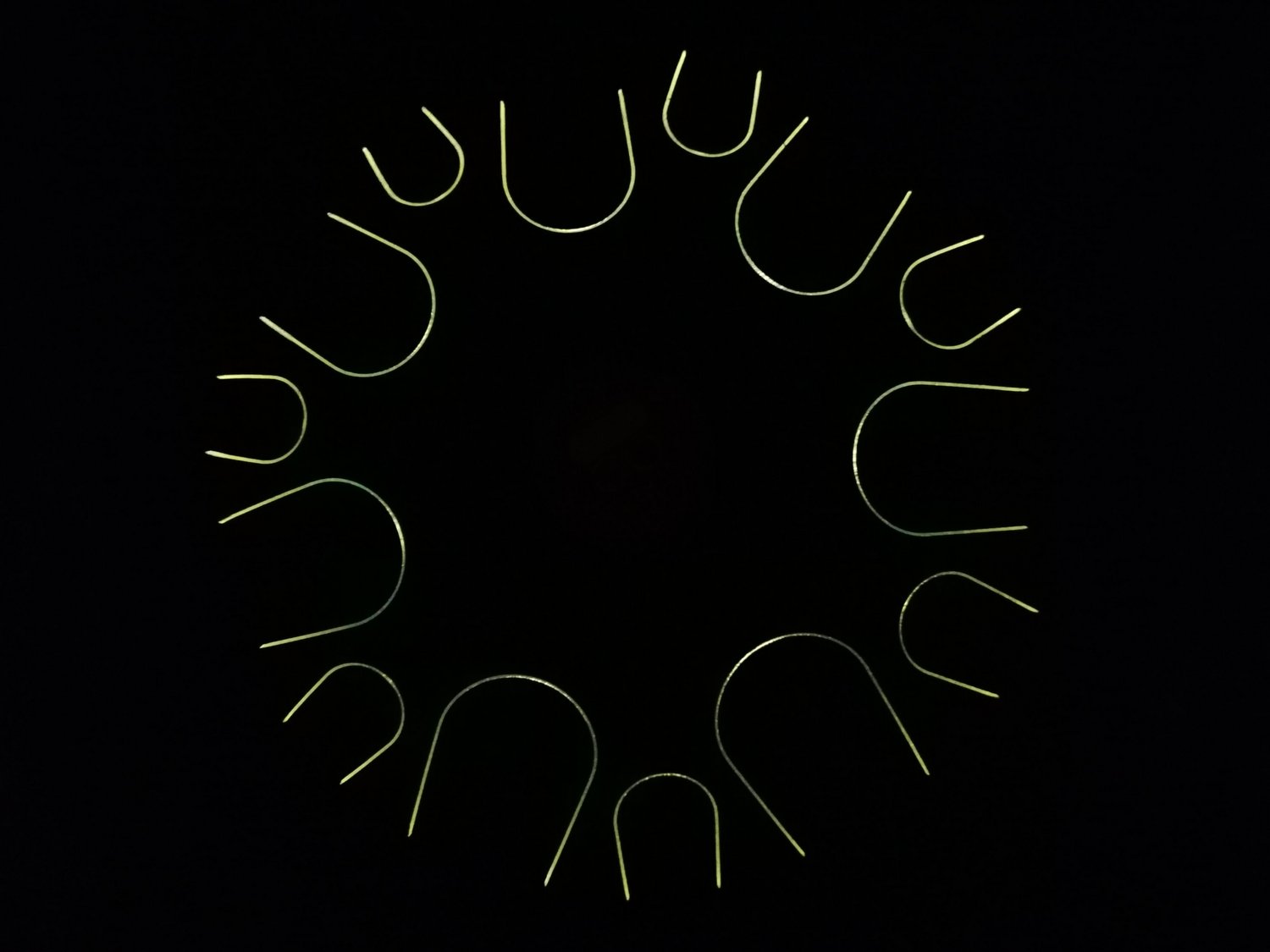 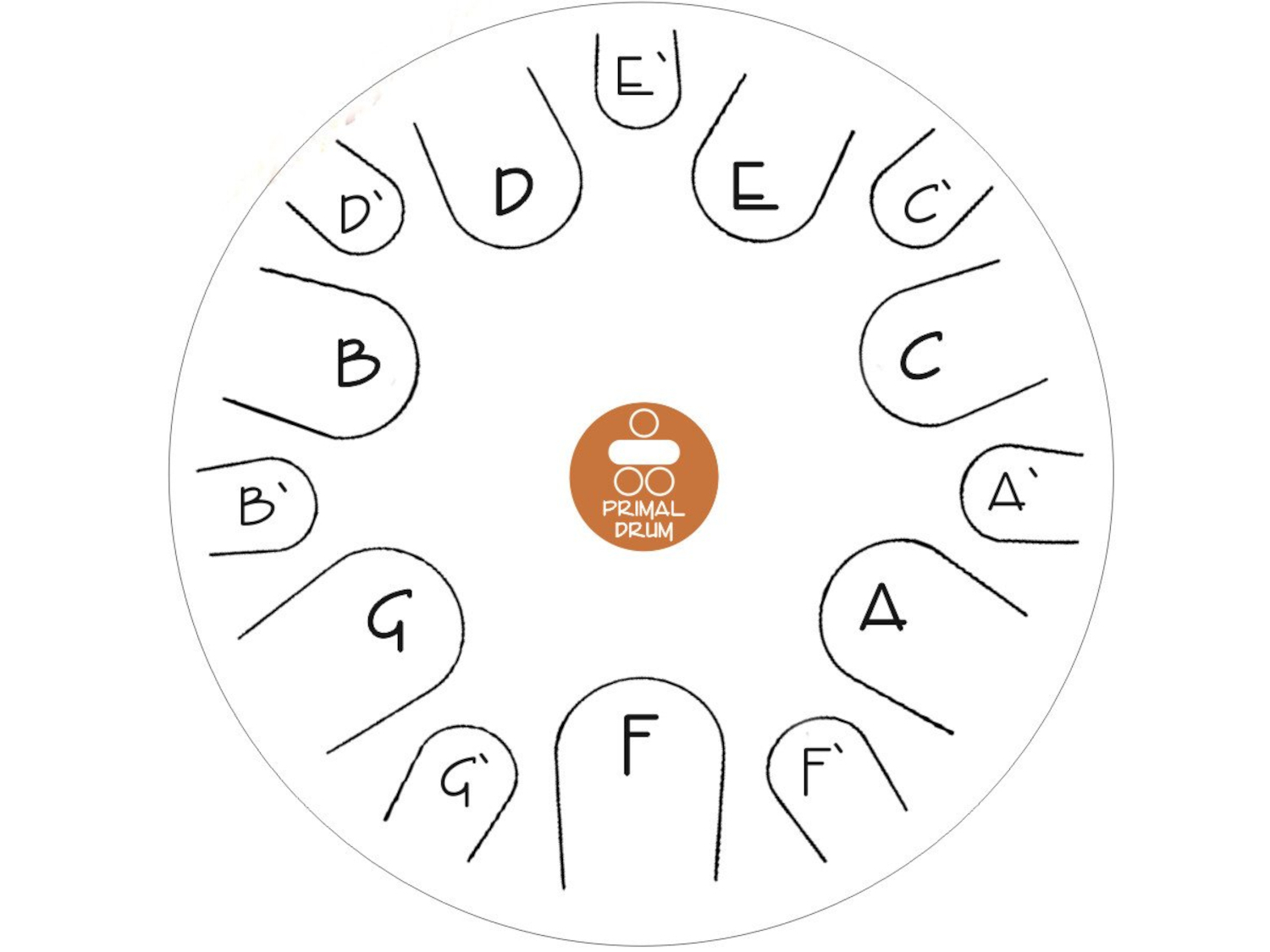 First thought I enthusiastically had as a boy when I first saw and heard some musical instrument live was: I want to play this too! But, soon after rehearse I realized I don’t know how, and adults would explain to me that it was necessary to go to music school to know how to play. Disappointed and discouraged, I would walk away from the instrument. That discouragement kept me away from the instruments until my adulthood.

Encouraged by my own experiences, we present the Primal drum, a tongue handpan drum by Primal Wonders. It has some characteristics of tongue drum, steel drum and handpan. It is a rhythmic-melodic instrument with intuitive character, which means that neither prior knowledge, nor music theory, nor musical experience is required for playing it. It is played with sticks with rubber tips or hands (fingers). This instrument not only can be played by young people and adults, but children too (read HERE why Primal drum is valuable for your children!), starting from their early age (for example even two-years old, according to their abilities) all the way to preschool and school age. It is made of steel, so it is extremely resistant and easy to maintain.

Unlike “classic” instruments where there are precisely defined rules and techniques of how to play, Primal drum is played intuitively, without certain rules and given techniques. There is no place for mistakes while playing, there is only an open space for musical research and development. Precisely because of that open space, both a two-year old and a musically experienced person can play Primal drum at the first contact with it! There will be no lack of satisfaction with any of them!

The child will explore sounds, melodies and rhythms, develop musicality, rhythm and self-confidence, enjoy and be proud of its musical creations. A musically experienced person will see Primal drum at their level, and will play it that way, following the rules and techniques he previously learned on his instrument; he will create melodies and rhythms in accordance with how far his musical skills go, and of course – his intuition and curiosity.

No matter the musical level on which a person is, this instrument will offer many opportunities for developing intuitive, rhythmic, melodic, motor and other capacities and potentials, achieve relaxation and stronger self-confidence.

Primal drum has as many as 14 tones (plus a central, small drum, called Primo), and they are all in one, same tonality (scale), C major, D-Wonders flexi or C major 432 Hz flexi scale. Whatever tone we play in a row, one after other, we will not be wrong. This allows us intuitive playing, relaxation and indulging in the music we create.

In addition, 14 tones in C major scale provide an opportunity for children and parents to play various children’s songs and “download” their melodies themselves. This can, along with intuitive playing, provide another dimension of this instrument.

• Number of tones (notes): 14 + Primo (small drum in the middle).
• Type of musical instrument: percussion instrument of the Idiophone family.
• Scales to choose: C major, D-Wonders flexi scale, C-major 432 Hz flexi.
• It is played with sticks or fingers, depending on the atmosphere you want to create.
• Dimensions approx: 40 cm in diameter x 11 cm height.
• Material: steel; coated with anti-corrosion paint.
• Primal drum can be played both by children (from preschool age onwards) and by adults!
• Simple musical instrument to play, suitable even for beginners because it is intuitive.
• With its beauty, resonance and range of sounds will equally satisfy those with no experience and those with longer musical experience.
• It is impossible to play wrong note, so all notes sound good together.
• After production, it is tuned more precisely.
• Unlike other similar instruments, which usually have only 8-10 notes, Primal drum has even 14, which is almost two octaves! Therefore you can, in addition to various improvisations, play many famous songs and compositions from what you heard or if you know how to read notes or simple tablatures!
• Even from the first encounter, it is possible to play it and create various melodies and rhythms.
• Both the instrument and playing sticks are sized for both children and adults.

We especially recommend Primal drum, either for personal or professional use by children or adults, for the following purposes:
– relaxation,
– relieving stress and anxiety,
– meditation and visualization,
– with yoga practice,
– sound therapy,
– development of musical intuition,
– relieving sleep problems,
– working with children (read HERE why Primal drum is valuable for your children),
– encouraging children’s interest in music and musical instruments,
– development of self-confidence,
– development of musicality and rhythm,
– removing blockages and fears of musical instruments and of creating music,
– fun and enjoyment

WHAT DO I GET WITH PRIMAL DRUM?

* Use headphones for best sound experience!
* Click on arrows to find more videos.

You can easily order Primal drum:

– online in our international webshop
OR
– offline by sending us a message via the contact form below.

Ready to find your wonder?

“There are NO limits. There are plateus, but you must not stay there, you must go beyond them. A man must constantly exceed his level.”

This website uses cookies to improve your experience while you navigate through the website. Out of these, the cookies that are categorized as necessary are stored on your browser as they are essential for the working of basic functionalities of the website. We also use third-party cookies that help us analyze and understand how you use this website. These cookies will be stored in your browser only with your consent. You also have the option to opt-out of these cookies. But opting out of some of these cookies may affect your browsing experience.
Necessary Always Enabled
Necessary cookies are absolutely essential for the website to function properly. These cookies ensure basic functionalities and security features of the website, anonymously.
Functional
Functional cookies help to perform certain functionalities like sharing the content of the website on social media platforms, collect feedbacks, and other third-party features.
Performance
Performance cookies are used to understand and analyze the key performance indexes of the website which helps in delivering a better user experience for the visitors.
Analytics
Analytical cookies are used to understand how visitors interact with the website. These cookies help provide information on metrics the number of visitors, bounce rate, traffic source, etc.
Advertisement
Advertisement cookies are used to provide visitors with relevant ads and marketing campaigns. These cookies track visitors across websites and collect information to provide customized ads.
Others
Other uncategorized cookies are those that are being analyzed and have not been classified into a category as yet.
SAVE & ACCEPT